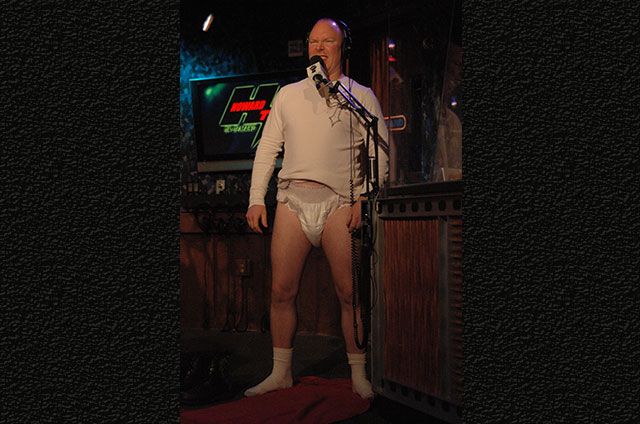 Howard played a clip of a diaper clad Richard Christy introducing Coheed & Cambria at Madison Square Garden. Artie and Howard agreed that Richard’s introduction was solid, but Howard couldn’t figure out why he’s never heard of the band.

Richard then came in to say he wore the diaper because the band’s fans get upset when he’s caught without it on: “I didn’t use it, but I wore it.”