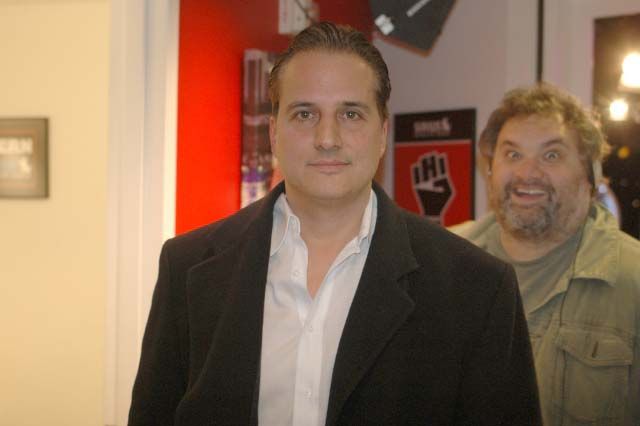 Nick DiPaolo stopped by to promote the upcoming “Killers of Comedy” gigs and said he’d managed to put his politics aside and stand behind Obama: “I was watching the inauguration and I never knew so many black kids played the tuba. It was like halftime at a Grambling game.”

Howard asked if Nick was still trying to do a radio show, and Nick confirmed it: “I did a demo show for Sabean. That was July 28th. I’m still waiting to hear from him.”

Howard wondered if Nick had to clear his material before his upcoming appearance on “The Jimmy Kimmel Show,” and Nick admitted that he had do his whole set in front of some Disney execs last time – but this time he won’t have to: “I [only] have like two c–t jokes.” Nick told the crew that he was also preparing for the Larry the Cable Guy roast for Comedy Central: “That’s the best, because you can be mean and creative.”