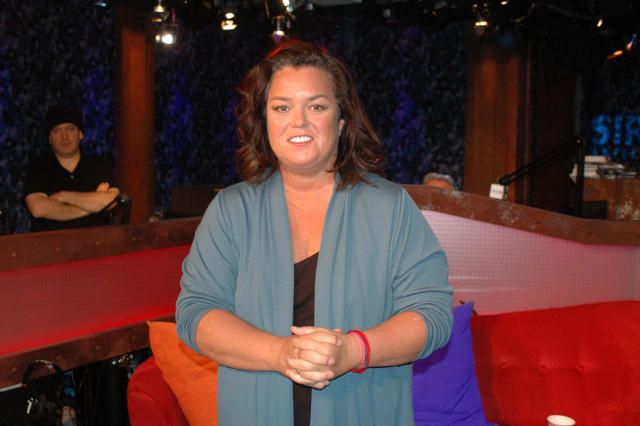 Rosie O’Donnell stopped by to promote her upcoming Lifetime movie, “America,” and asked why Robin was behind bulletproof glass. Robin said she was in “the dome of testosterone protection,” so she could stay involved with the show in a strictly observational capacity.

Howard asked Rosie about some of the scandalous stories found in Madonna’s brother Christopher Ciccone’s memoir.

Not a Sexual Being

Howard tried asking about Rosie’s sex life, so she confessed: “I don’t consider myself a sexual being … it’s definitely one of the reasons why [I’m overweight].” Artie said he identified with Rosie’s statement “completely.” Rosie told the crew that she’s still coming to terms with her weight, and her children are her biggest supporters.

Rosie laughed her problems have only compounded with the onset of menopause: “It lasted probably three years.” Howard asked if Rosie had ever had a man, and she opened up: “I lived with a man for two years.” Rosie added that they slept together – and she had orgasms with him. Howard still didn’t think Rosie would go for him: “If you’re into Tom Cruise, I’m not your type.” Rosie disagreed, citing Howard’s intellect. On her way out, she caught sight of the Sybian and Tickle Chair: “Wow. There’s things you could do here.”