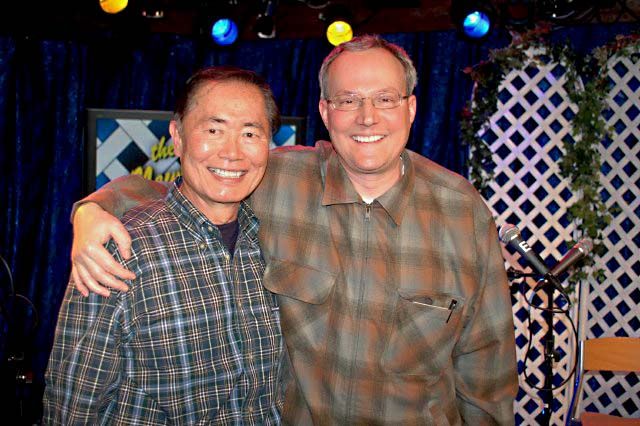 Howard started off the show welcoming George Takei to the studio for the week, and congratulated him on he and Brad’s recent appearance at the Oscars. George said he and Brad had been so busy, they have yet to draft the post-nuptial agreement discussed the last time he was on the show: “You know, we got so wrapped up in everything that we never got around to it…I love him too much and I trust him too much.”

Artie thought they just spent too much time in the bedroom: “It’s kinda hard to say pre-nup with a cock in their mouth.” Howard asked if the couple had heeded his advice and started having sex more than once a week, and George admitted they had: “We do have Sundays as a regular, [but] it happens spontaneously now on other days.”

George said he and Brad have also began wrestling as a kind of foreplay: “It’s not fighting. It’s enjoying each other’s musculature.” Artie was so disgusted by the news, he stopped eating, or, according to George, started “munching with a frown.”