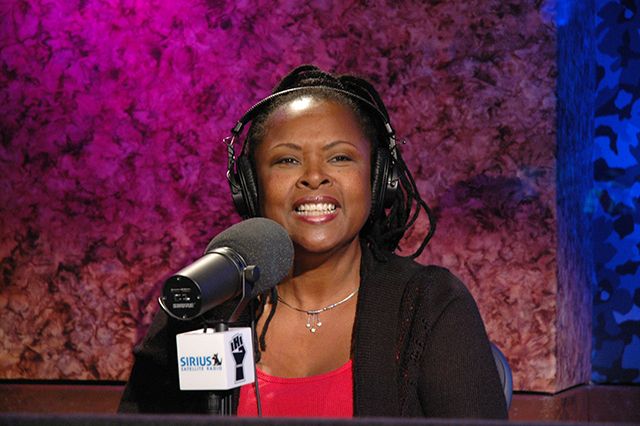 Howard then turned his lens on Robin’s romantic life, and she again claimed she never dated her 25-year-old ex for sexual reasons: “I never expected to go out with a 25-year-old. It was a joke…he was just very very persistent.” Gary speculated that Robin liked the idea of banging a 25-year-old on paper: “But when it came down to it, it was too weird for you.”

Robin just laughed off the speculation.

Lisa G reported that Robin stayed out till 3AM with Ralph and Jillian Barberie the other evening, but Robin disputed the story, claiming she went home much earlier than that. Robin admitted that she went to dinner at Nobu, the bar at the Four Seasons and then up to Jillian’s hotel room, but she didn’t stay as late as Ralph. Howard repeated Ralph’s claim that Robin didn’t have a good time, and Robin responded carefully: “I enjoyed being at dinner with Jillian.”