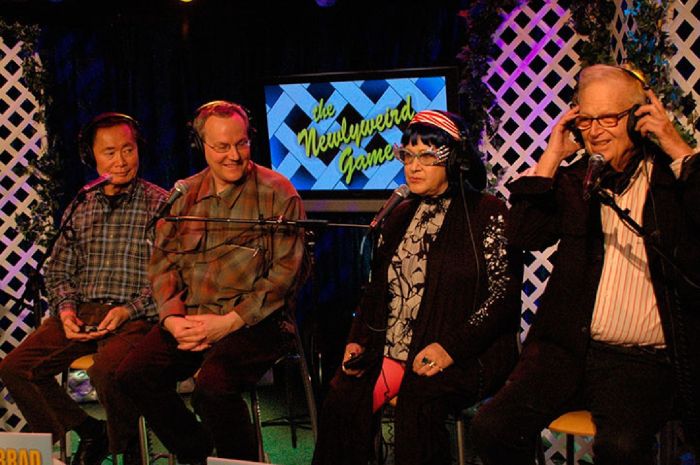 George started off the show saying he and Brad celebrated the 22nd anniversary of their first sexual encounter yesterday by taking in a preview of Jane Fonda’s new Broadway show.

Howard asked how George met Brad, so George told the crew that they used to be in the same running club back when Brad was a “racehorse.” George said Brad has changed a lot since then: “I’ve tried to get him to lose a little Brad.”