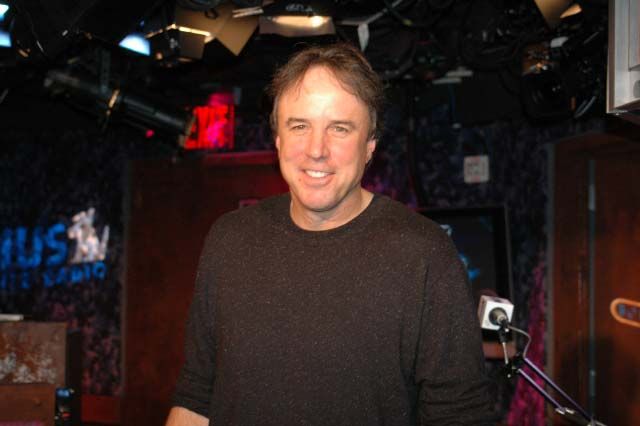 Kevin Nealon stopped by to promote his new book, “Yes, You’re Pregnant, But What About Me?” and laughed that the studio looked like a strip club.

Howard asked how Kevin got started in comedy, so Kevin explained he began by ripping off the jokes printed in Parade magazine. After a while, he started to do open mic nights and then his own shows: “I knew that I loved it and the two people left in the audience liked it.”

Kevin told the crew about dating Jan Hooks while they were both cast members on “Saturday Night Live” – a bad idea, as they had to continue working together after they broke up. Howard asked how he joined the “Saturday Night Live” cast in the first place, so Kevin said Dana Carvey got him the audition: “I wasn’t nervous because I knew I’d never get it.”

Howard wondered how horrible it was to attend Jennifer Aniston’s 40th birthday party, but Kevin claimed it wasn’t that bad – he’s known Jennifer for a long time: “Again, I feel like I don’t belong there. I feel like a pedestrian who just walked in.” Kevin then turned the tables, asking if Howard was going to have any more kids. Howard said Beth didn’t want any, but Kevin just laughed: “I know. They say that.”