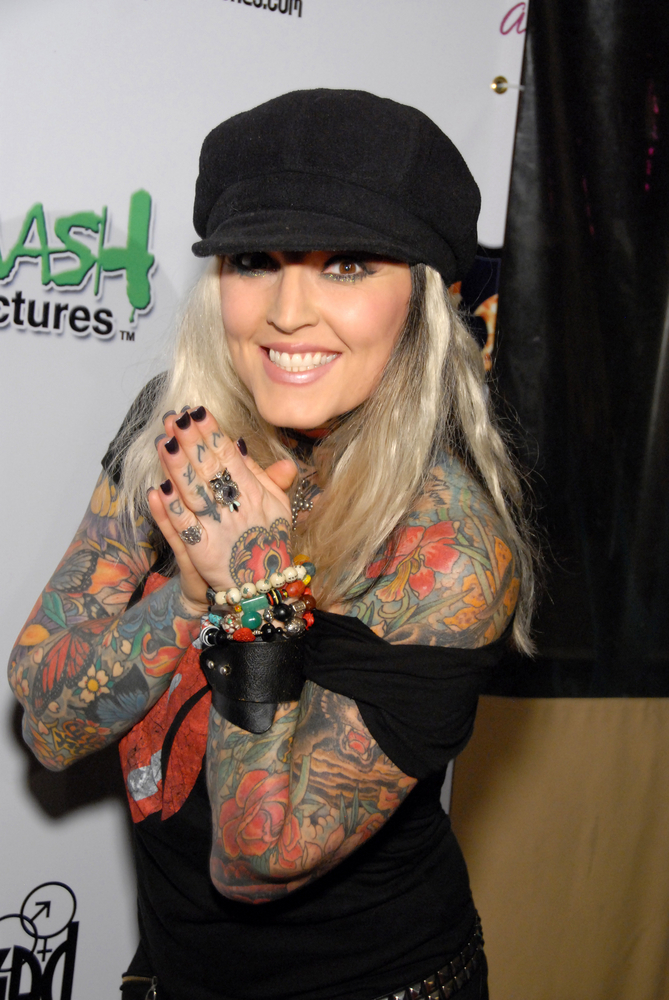 Janine said she had: “Just for the night…never anything of this magnitude.” Janine added that she was headed to a low-security facility: “Most of the women that I’m in with are drug offenders.” Janine noted that her ex-husband, motorcycle guru Jesse James, and his new wife, actress Sandra Bullock, will be taking care of her daughter while she’s away, so Howard asked if they now had full custody. Janine hoped that a shared-custody agreement could be reached when she gets out.

Howard wondered if Janine had ever sat down with Sandra to discuss her daughter’s care, but Janine replied that she wasn’t in a place to talk with Sandra.

Janine explained that she filmed a scene with “Vanity,” an ex-dude who “still has her plumbing.” Howard asked if Janine had sex with Vanity’s penis, and Janine confirmed it: “Oh yes…it was so amazing…it was beautiful. She has such a sweet spirit.”