Has Gary Given Up? 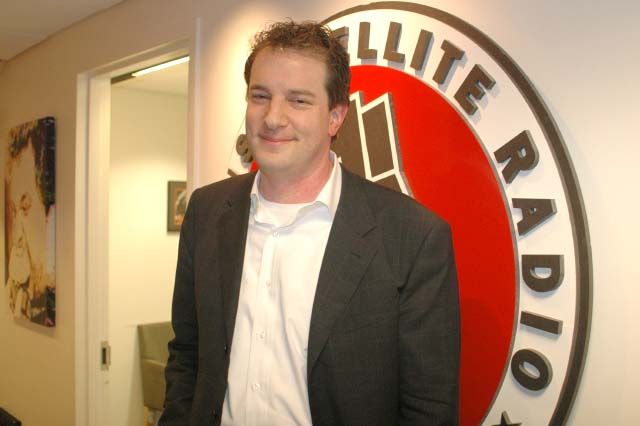 Howard welcomed XM music programming VP Jon Zellner to the studio to display some of his odd talents, including a limitless amount of “Brady Bunch” knowledge and the ability to name the top Billboard song on any date.

Artie asked what song was number one the day he was born, October 11th, 1967, and Jon quickly answered that it was “Aquarius/Let The Sun Shine In” by the Fifth Dimension.

Howard laughed: “You know what’s cool about your skill? We don’t even know if you’re right.” [He wasn’t as this song was released in 1969.]

Jon also did a few other staffers’ birthdays: “Black and White” by Three Dog Night was number one on September 24th, 1971 – Benjy’s (alleged) birthday. (Or at least the day he claims was his birthday.) “You’re the One That I Want” from the Grease soundtrack was number one on February 15th, 1978 – Will’s birthday.

And hilariously (or prophetically), “Something Stupid” by Frank & Nancy Sinatra was number one on March 2nd, 1967 – Jeff the Drunk’s birthday.

Howard decided to test Jon’s Brady Bunch knowledge and deluged him with questions with the help of the Stern Show’s resident “Brady Bunch” expert, Scott DePace: What was the name of the cat Bobby saved? “Pandora.”

What was the name of the detergent Carol Brady filmed a commercial for? “That was Safe and Best. There were two actually.”

What was the name of Cindy’s doll? “Kitty Carry-all.”

Name the bully who teased Cindy about her lisp. “Buddy Hinton.”

Name the quarterback who dated Marcia? Jon said, “Warren Melaney,” but Howard told him it was in fact Jerry Rogers.

Who played the minister who married Carol and Mike? “Dabs Greer.”

Gary added that baseball great Don Drysdale also once appeared in an episode.

Who did Alice date other than Sam the Butcher? “Mark Mallard.”

Name two celebrities who were in the Hawaii episodes. “Vincent Price and Don Ho.”

Howard then tried some extra-hard questions: In the flying saucer episode, what planet do the aliens come from? Jon was stumped: “Wow. I don’t know.”

What was Aunt Jenny’s secretary’s name? Again Jon was unsure. Howard told him it was Hazel.

How many kids were in Alice’s family? “Three.”

What was the boy who played Romeo in the “Romeo and Juliet” episode? Jon didn’t know.

Artie said he had a skill similar to John’s Brady trivia – he can name the World Series results and teams for any year. Howard tested him with 1983, and Artie shot back: “In 1983, the Orioles beat the Phillies.” Howard then tried 1952 – Artie knew the Yankees beat the Dodgers that year. Howard joked that he had a skill as well: “Name any year and I can name the following year.”