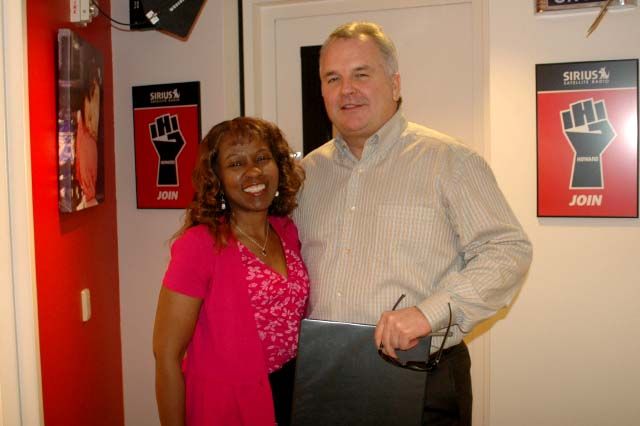 Robin told the crew that Tim Sabean would be staying with her over the weekend so they could fast and “soup” together: “It’s not about validation. I just like helping people.” Howard thought enemas would be going on the whole time, but Robin denied it: “No. Just one day.” Howard wondered if the pair might end up having an affair: “Do you like Tim that much?” Robin laughed that she hoped to teach Tim how to maintain the fasting lifestyle.

Gary reported that Tim returned from his scheduled colonic yesterday drenched in sweat, so Howard asked Dr. Roni to tell the crew about the contents evacuated from Tim’s bowels. Roni said she actually sat in on Tim’s colon therapy: “It went fine…we had no problems.”

Howard wanted to know if Roni caught a glimpse of Tim’s penis, but Roni denied it: “We’re not concerned about that.” Howard laughed that he wasn’t sure how she resisted taking a peek. Roni told the crew that Tim’s colonic took 45 minutes: “It’s a very relaxing procedure.” Howard again asked what came out, but Roni would only say it was “normal.”

Tim came in to say he’s lost 8 pounds so far – and the worst part of the procedure was the post-colonic stomach cramps that hit him just as he entered the elevator returning to the office: “I’m sweating like an orangutan.” Will came in to complain that he tried to use the staff bathroom after Tim’s post-colonic destruction: “There was brown stuff all over the bowl.”