Problems with Dogs in the Bed 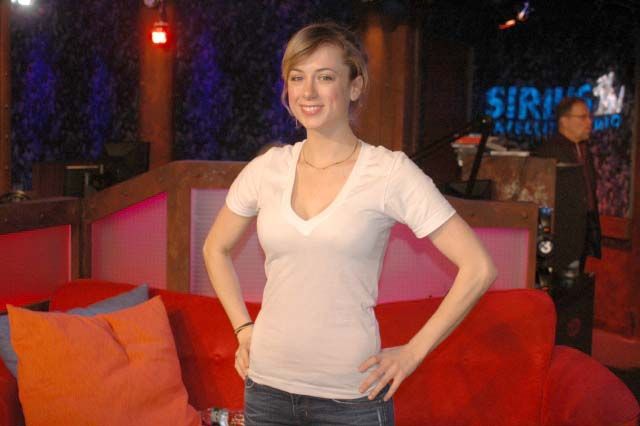 The winner of the final season of “Last Comic Standing,” Iliza Shlesinger, stopped by – but before she could say anything, Artie cut in: “Holy shit. That’s the hottest comic ever.” Iliza told the crew she had to tour with four “Last Comic Standing” runners-up and it was awkward: “But I got too see the country and build a fan-base…I would go back to my hotel room every night and cry into a big pile of money.”

Howard asked if Iliza ever tried to play up her good looks on-stage, but Iliza denied it: “I think it’s important to be who you are onstage and offstage.” Iliza added that she rarely felt sexy – some dude recently refused to dance with her, and she couldn’t figure why he didn’t want to “stand there when I rub on you and dance around you.”

Pauly Shore Tried to Mouth-Kiss Her

Iliza told the crew about being introduced by Pauly Shore at the taping for her first comedy special (“He tried to mouth-kiss me on Showtime and I was like, ‘I’m not gonna kick off my comedy career with a kiss from Pauly Shore'”) and complained about doggy-style sex: “Humans are the only animals that have sex facing each other. So why do we call it doggy-style? You never see two goats embracing, eyes locked…horsey-style is much more adorable.”