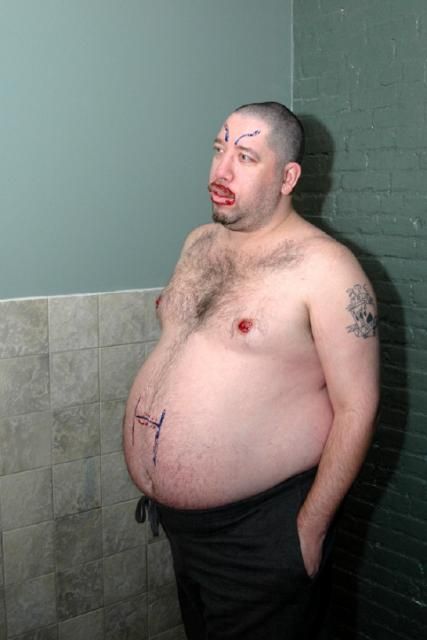 A girl named Angel called in to claim she was on old friend of the show (“I’m the girl who bronskied Elephant Boy for you guys twenty years ago.”) but she was currently being stalked by High Pitch Erik: “He says he’s in love with me.”

Angel said High Pitch won’t stop calling her or coming over to her house uninvited: “He shows up with flowers because he wants to see me…he called my phone 27 times.” Angel went on to explain that, in addition to her problems with Erik, she is a single mom with three teenaged kids, works 100 hours a week at three jobs because her ex doesn’t pay his child support AND is undergoing cancer treatment.

Upon hearing this, Artie immediately offered to switch his fundraising efforts from Captain Janks to Angel. Later, Howard got High Pitch on the phone with Angel to warn him off. High Pitch broke quickly: “If she doesn’t want to speak with me anymore, that’s fine.” Angel said she’s repeatedly begged High Pitch not to contact her, so she had a hard time believing he was sincere.

While High Pitch was on the line, Howard asked the pair if they’d ever had sex – and both parties admitted to doing it. Angel said, “I was drunk. It was more of a teaching thing for him. Let’s put it this way, gravity has not been a good thing for him.” High Pitch said: “She taught me stuff about sex.” Artie replied, “Yeah? Well she’s a brave woman.”

After learning the sex was unprotected, Howard was disturbed, telling Angel: “You had to be in psychologically bad shape.” Howard then made High Pitch promise to stop bothering Angel and High Pitch relented: “I swear to god on my parent’s life I won’t call Angel anymore.”