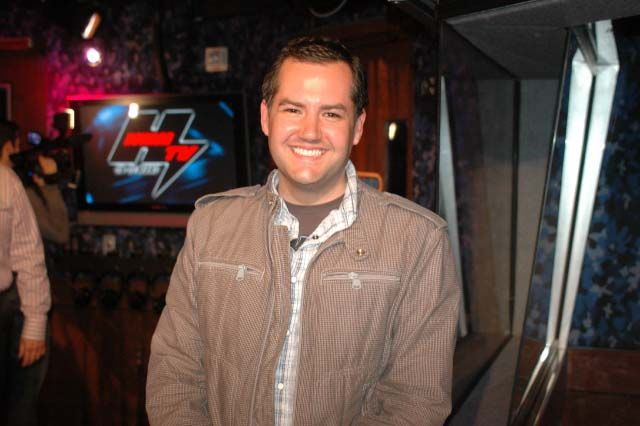 Ross “The Intern” Mathews of “The Tonight Show” stopped by to promote his new Web talk show and Howard laughed that he was the gayest dude on the planet: “Did you always have this voice?” Ross laughed that he used to ask his mom when his voice would drop – but he’s still waiting. He added that when he came out, she was not surprised and asked him, “Didn’t you already tell me?”

Howard asked if Ross had ever been with a woman, and Ross said he had girlfriends when he was still “confused” – and even once entered a vagina. Performing oral on one, however, was a problem: “I was like, ‘What the hell is this jungle?'”

Robin wondered when he realized he was gay, and Ross joked: “Right about the time I went down on a girl.” Howard predicted that Ross was a “bottom” in the bedroom, but Ross snapped back: “Howard! Please…look, I’m wearing, like, a plaid.”

The Fear of Leno

Ross explained that he had a hard time speaking out against Jay Leno: “What would I be if he hadn’t taken a chance?” Ross then asked to speak with Eric the Midget, but when Howard let him, he found it (as Howard promised) near-impossible and laughed: “I guess you’re right. This is difficult.”