Howard Strikes Back After Richard’s Prank

Carol Leifer Opens Up About Her Girlfriend 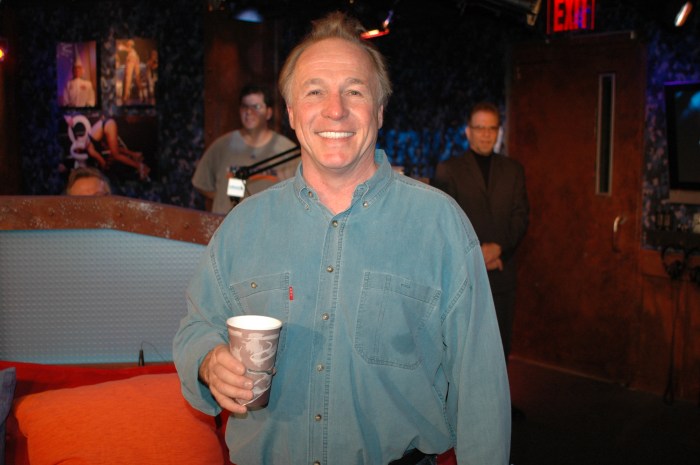 Jackie ‘The Joke Man’ Martling stopped by to promote his “Joke Man on Broadway” stage show and said he’d recently made an unsuccessful attempt to connect with Artie: “Everybody says he’s in bad shape so I wanted to sit down with him and tell him that ever since I stopped drinking I’ve been doing great.”

Howard laughed that, while Jackie had stopped drinking, he still smoked a lot of pot: “I need you talking to Artie like a hole in the head.” Artie claimed he’d called Jackie back – but Howard intervened to question Jackie’s motives: “Artie doesn’t mean anything to you other than that he sits in that chair…you will poison Artie and then I’ll have a mess on my hands.”

Later, Artie said he actually had called Jackie back – it was Jackie who stopped phoning. Jackie confirmed the story (“I didn’t want to bother you.”), adding that he wasn’t interested in poisoning anyone now that he’s living the good life with a twenty-something girlfriend: “Honest to God, I can’t remember the last time I masturbated.”