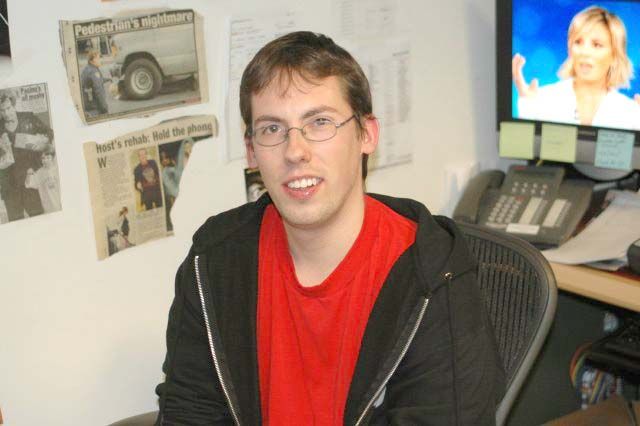 Howard learned that JD’s dad, Chuck, is getting married this weekend, so JD came in to explain that he and his brother are going to be co-best men. Under questioning, JD couldn’t recall the name of his soon-to-be step-mom, claiming he had too many things on his mind: “I think about a lot of things. I don’t know…you know?”

JD said he planned to give a toast at the wedding but was not looking forward to it: “Just being around people…dealing with people is a challenge.” Howard laughed that JD’s dad was getting laid more than JD. Artie disagreed though, and began telling a story about this past weekend, but JD didn’t want Artie to continue, reasoning: “Uh… people uh… I don’t know… people don’t know certain things. People in this other person’s life.”

Gary speculated that JD was “juggling chicks,” but JD denied that, saying he just talked with several girls and got laid “here and there,” most recently about 3 or 4 weeks ago.