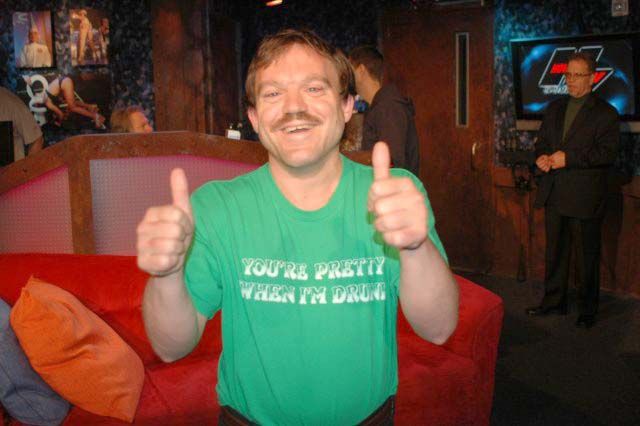 After Howard had already let Stefhen go, Mark the Bagger called in to ask him some questions, so Howard fielded a few of the wilder ones himself: “How can I get a monkey to stop biting me while I f’ it?”

Howard laughed that Mark’s jokes were wrong and wished he had “called” while Stefhan was still on the phone. Undaunted, Mark continued: “How do I get a Michelob bottle out of my ass?” Artie hoped Mark found answers: “These are legitimate questions.”