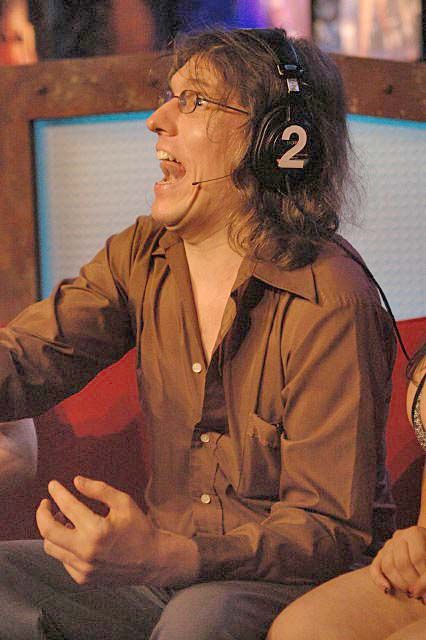 Photo: The Howard Stern Show
Howard told John he could earn some money playing a round of The Stuttered Phrase Game – and then went to Gary, who was live on the street with a microphone. Howard gave John a list of phrases and explained that – within 15 seconds – John must both: 1- read the phrase, and 2- get a person on the street to understand what he’s saying. After a series of rejections, the fifth person Gary approached agreed to participate, and nailed – without difficulty – the first phrase, as John nailed it himself: “Life is like a box of chocolates, you never know what you’re gonna get.” The second pass (“Ask not what your country can do for you, ask what you can do for your country.”) also went without a hitch.
Previous Show Next Show