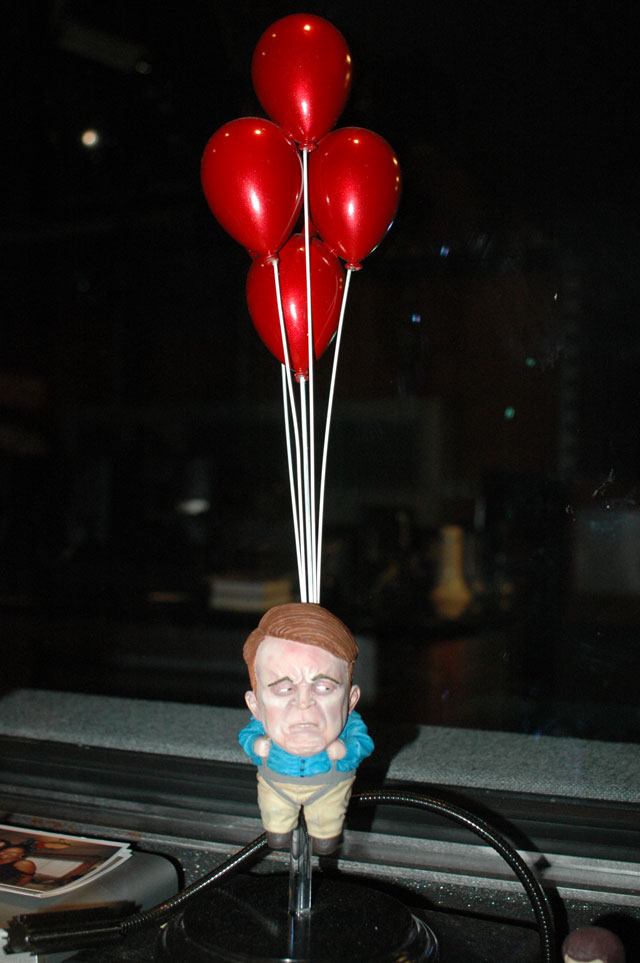 Early in today’s show, Howard took a call from Eric the Midget, who reported on the meeting he attended yesterday with ABC executive producer, Robert Mills and several other casting directors. Gary asked why Eric was seen handing out tattoo-balm samples in LA afterward, so Eric confessed that the balm company paid for his trip: “I was going around the streets of Beverly Hills…they sponsored the trip down here.”

Gary then showed everyone a photo of the Cadillac Escalade Eric had driven around Beverly Hills to pass out the balm samples – a mini/child’s “Big Wheel” version. Eric admitted the picture was real: “I thought it was going to be a full-size.” Howard then read a portion of Robert Mills’ account of the meeting: “[Eric] requested a part on Grey’s Anatomy. His logic was sound…he said since he’s been around doctors all his life, he could make the jargon sound legitimate.”

Through Robert’s letter, the crew learned that Eric clammed up in front of Robin Cass, the beautiful casting director behind “Big Brother.” Robin thought Eric represented himself well, as he’s not the “personality” everyone thinks: “People don’t know how hard we work to make him interesting.” Howard also crowed that Robert had managed to get Eric to agree to fly with balloons! Howard said he would have preferred to see Eric drifting past the Empire State Building, but would be happy to see him fly with balloons anywhere. Eric clarified: “I haven’t completely agreed yet.”

Howard asked Eric if would forget the show when he reaches the top and wins an Oscar or Emmy. Eric missed the sarcasm: “I don’t know. I probably won’t.” At Howard’s request, Eric then gave a mock acceptance speech: “I want to thank the people who got me the start in the business…Howard Stern…and his show…Robert Mills…and also…Johnny [Fratto] and Heather Carrington…and last but not least…my parents…and God.” Howard laughed: “What did God do for you?”

Greg Fitzsimmons is Back on the Pills