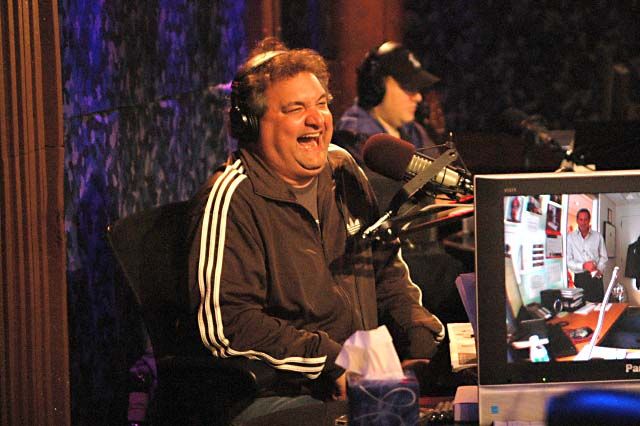 Artie laughed that Gary’s pitch was the #1 “not-hot” play of the week on Sportscenter. JD came in to say ESPN played Gary’s pitch every hour on the hour from 9am to 3pm all weekend long. Gary complained, “It’s been 9 days. The Craigslist Killer story lasted 6.” Howard speculated that the story had lasted longer than former NY Gov. Eliot Spitzer’s prostitute scandal, leading Artie to joke: “Well, what Eliot Spitzer did was at least heterosexual.”

Howard told the crew he was going to have the staff’s wives and girlfriends throw a couple test pitches – just to see if any of them could throw better. Gary said his kidney stone was enough to deal with before everyone started laughing at him. Howard asked if the second round of ultrasound blasts succeeded in breaking up the stone, so Gary told everyone that he was free and clear – his pitching arm might fail, but his kidneys will be fine.