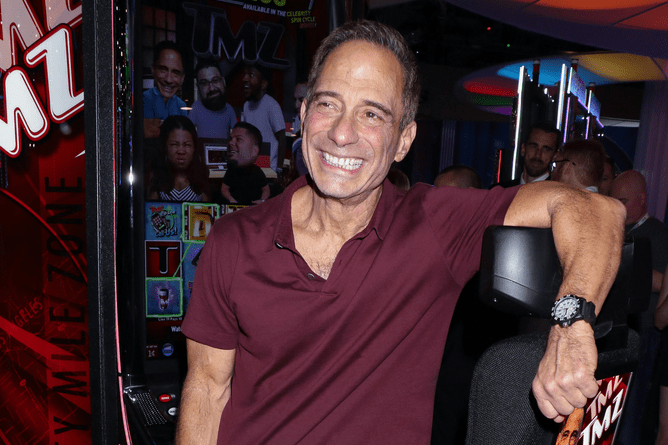 Eric the Actor called in to complain that TMZ referred to him as Eric the Midget and not, as he’d like, “Eric the Actor” – and blamed the Stern Show for sticking him with the moniker.

Howard then played a message Eric had left for Johnny Fratto demanding that Johnny – who’d tipped the TMZ cameras to Eric’s bizarre mini Escalade jaunt through Beverly Hills – call TMZ and have his name changed. Howard cited Fatty Arbuckle as a big star who had an unfortunate name: “Would you rather be Fatty Arbuckle and have a career or…” Eric ceded the point: “I’d rather be Fatter Arbuckle.” Robin suggested that if Eric was so upset, he should get back in his Escalade, wait for the TMZ cameras and correct them when they address him. Artie thought Eric should go further: “If I were you, I’d get back in that little car and drive off a cliff.”