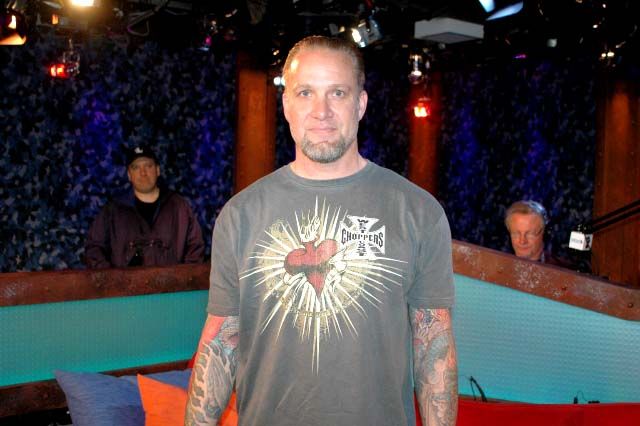 Jesse James stopped by to promote “Jesse James is a Dead Man” and told Howard he’d been a fan since his days as a bodyguard: “I feel like I’ve finally made it…I’ve done ’60 Minutes’ and everything else, but being here…” Jesse said one of the first people he ever worked for was Rick Rubin, and Rick would carry around tapes of Howard’s show: “It was always cool, [listening] to this guy who got kicked off the radio.”

Jesse met her when her kid toured his shop: “I kind of automatically figured she was a bitch…but she’s smart and looks you in the eye when she talks to you…so I contacted her assistant and said, ‘Hey, I wanna ask her out.’ So I asked her out and she said no.” Jesse kept asking: “We kinda emailed back and forth for a couple months…it was the first relationship I’ve ever been in that was [precluded by] a courtship.” Jesse didn’t get a kiss until the second date: “And she kissed me. Caught me off guard, too.” He finally bedded her a couple months later: “It was awesome.” Jesse added that he had a harder time winning over Sandra’s pals: “All her friends. 100 percent. They were like, ‘Absolutely no way.'” Howard wondered if Jesse ever thought about Sandra’s studly Hollywood boyfriends, but Jesse laughed then off: “None of those dudes can weld.”