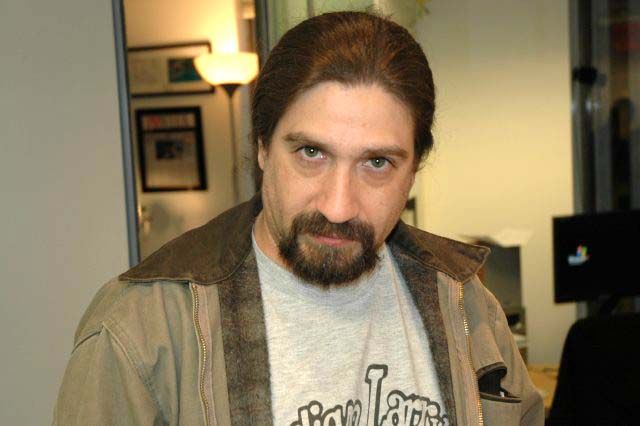 After Howard opened the show talking about how he had to throw out his breakfast because he found a hair in it, Artie told a story about Richard Christy eating meatloaf made by Dan the Song Parody Man and finding one of Dan’s 3ft-long hairs in it – but then went ahead and finished the meatloaf because it was so good.

Richard came in to say he lived with Dan for about a month and saw even more disturbing stuff: “I came in one night crazy late and Dan was sleeping on the couch fully nude…with his crazy bush.” Richard then took a weird turn: “Dan doesn’t even enjoy his long hair. It’s always in a ponytail…you gotta let it flow, you know.”

… And Signs a Record Deal

Howard asked Richard if it was true that he had just signed a record deal. Richard just shrugged: “It wasn’t official until a few days ago…I didn’t want to go around bragging or anything.” Richard said the band was called Charred Walls of the Damned. Howard thought it was kind of a cheesy metal name, but Richard explained that the name came from a Tradio prank call in which the host admonished him with: “I pray that the Lord would save you…he’ll make you a new creature [in heaven]…not in the devil’s hell, putting your nails in the charred walls of the damned.”