A Theory on Why Adam Lambert Didn’t Win ‘American Idol’

Lisa G Nervous About Making Out

Even Good Samaritans Thinks Gary Throws ‘Like a B-tch’ 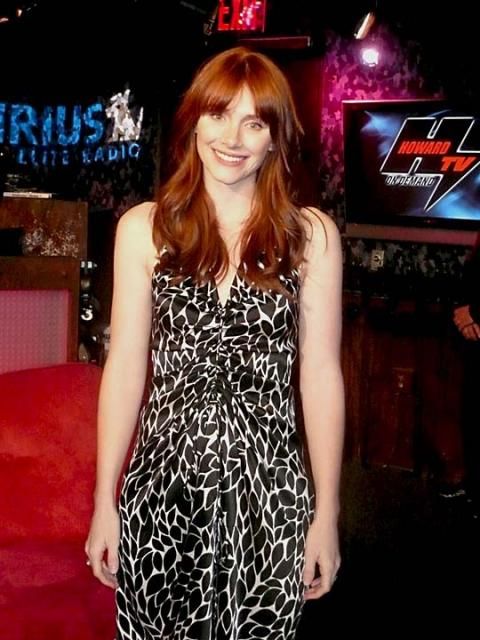 Ron Howard’s daughter, Bryce Dallas Howard, stopped by to promote “Terminator: Salvation” and talk about her life and careaer.

She cited her parents as great role models, so Howard asked if, like her famous dad Ron Howard, she’d only had sex with her spouse.

Bryce half-confirmed it. “You could say that…it’s a blessing,” she said. Bryce did say she wasn’t too old fashioned and found out she was three months pregnant just seven days after her wedding.

Howard thanked Bryce for starring in Lars Von Trier’s “Manderlay,” a film in which she appeared nude. Bryce said working with Lars was “intense” and revealed that she’d also been nude on stage before – in an “experimental, absurdist” college production.

Christian Bale is Intense On Set

Howard asked Bryce about Christian Bale’s now-infamous blow-up on the set of “Terminator: Salvation,” so she explained: “Everyone heard the content but they didn’t hear the context and it was a really intense scene…and we were riling ourselves up for that scene,” she recalled. “Christian apologized that day and then again after the tape was leaked.”

Bryce told Howard her mother gave her a very clinical sex instruction video when she was in college, adding that she was shocked by even the most sterile sex positions: “I thought, ‘That was really unpleasant’ or ‘That was just athletic.'”

Howard and Artie Lange wondered why Bryce had never posed for a Maxim-type magazine to further her career, so she explained: “I don’t feel like Maxim readers would be interested in me.”