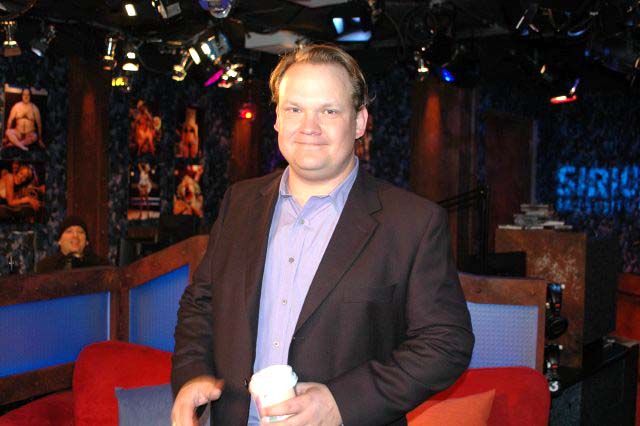 Andy Richter called in to celebrate his return as Conan’s sidekick on “The Tonight Show” starting tonight. Howard asked if he thought returning to the show was a sign of defeat, but Andy explained: “It really isn’t…you get older and the thing about going out and making your own thing and doing your own thing doesn’t matter anymore.”

Andy then refused to comment on the exit of Joel Goddard, the announcer who replaced Andy after he left the first time: “I’ve learned that giving Howard Stern information at the expense of your personal life is not worth it.” Asked how the Conan’s “Tonight Show” deal came together, Andy explained: “Conan started entertaining other offers…NBC didn’t want to lose him so they did anything they could do to keep him around…I think they just kind of assumed that Jay would want to move on.” Howard wondered what Andy thought about Jay Leno’s new 10pm show, but Andy refused to take the bait: “I really don’t know…all kidding aside, it’s kinda fascinating to see what will happen.”