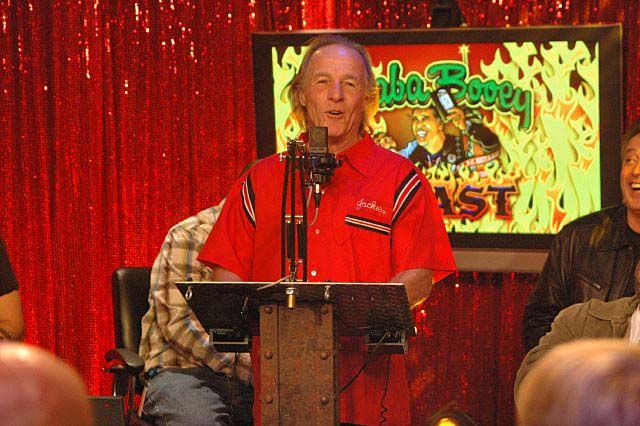 Howard got Jackie “The Joke Man” Martling on the phone to ask why he had turned down the opportunity to be the show’s next roast honoree. Jackie was honest: “I walk in there and get my balls busted on a regular basis. I didn’t feel like being a target. I get enough of it.”

Howard wondered if Jackie would do it at the Friar’s Club, and Jackie waffled: “I don’t know what I would say. I guess I would do it…[but] you’re not trying to honor me.” Artie told Jackie it’d be easy, joking: “You come in here and sit down and 40 comics who you used to f’ over on the road will come in and insult you.” Artie added that he went overboard while insulting Jackie at the last roast: “I said some shit that was downright rude and so did everyone else…I think Jackie got scared.” Jackie said he wasn’t scared: “I didn’t want to come in and be uncomfortable for an hour.”

There’s an App for That

Jackie plugged his new joke-generating iPhone application – formerly banned by Apple but now allowed thanks to the advent of parental controls – leading Robin to ask if it had any practical uses. Jackie shot back, referencing Robin’s frequent colonics: “You press the button and try to cheer yourself up when there’s a tube up your ass.”