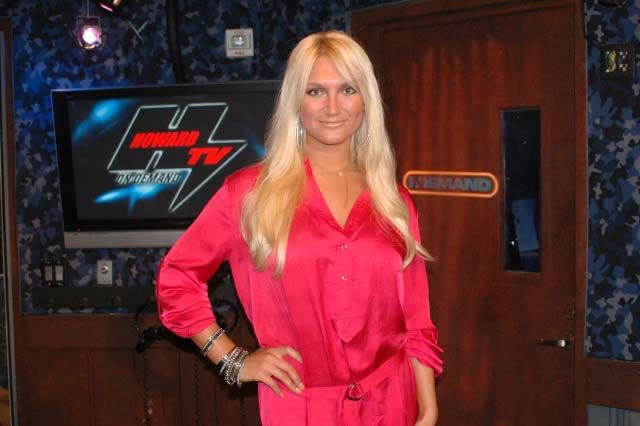 Brooke Hogan stopped by to promote the new season of “Brooke Knows Best,” and Howard was impressed with her outfit.

“You forgot to put pants on!” he said.

Howard asked if Brooke only pretended to be single on her TV show, and Brooke admitted she kind of was dating Stacks, her producer.

Howard asked Brooke if she thought “Hogan Knows Best” affected her parents’ marriage, but Brooke thought the problems were already there. “I think it was all just underlying and, like a pressure cooker, made it come out,” she said.

Brooke then took issue with her mom’s 20-year-old boyfriend. “I don’t feel like it’s the right thing for her,” she said.

Brooke also spoke about breast implants, saying she just didn’t like the shape of her natural breasts. “I wanted them more rounded,” she said. “I like them [now]. They definitely look pretty. But I didn’t need them.”