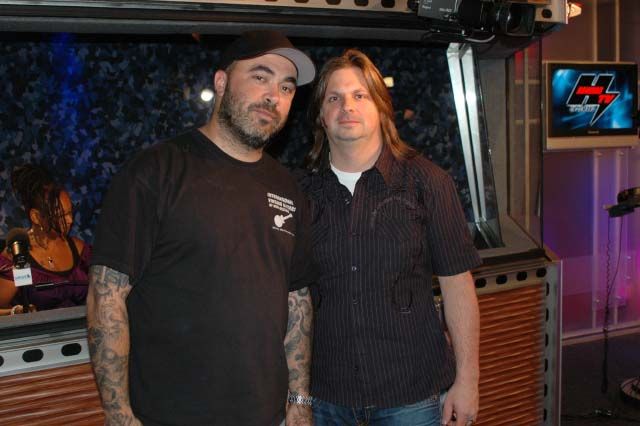 Howard welcomed Mike and Aaron from Staind to the studio and asked Aaron why, as a singer, he was still a smoker. Aaron said he’d quit, but after learning his wife might’ve been pregnant with a Down’s Syndrome baby, he started up again. The baby turned out fine, but the pack-a-day habit stayed. Mike then told the crew that the band was paying attention to the economy and going on a reduced-ticket price “Stimulus” tour this summer.

The guys then performed a couple acoustic covers of Cyndi Lauper’s “True Colors” and Bob Seger’s “Turn the Page.”