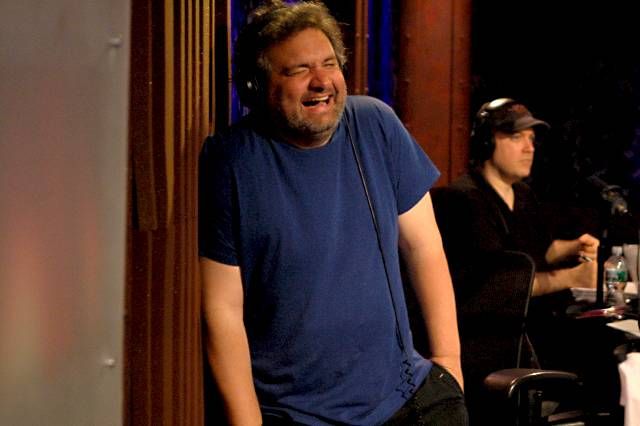 A caller noted that Artie’s new girlfriend was beautiful, so Howard finally broached the subject. Artie revealed that the girl’s name was Adrian: “She’s wonderful. She’s like an angel in my life…she’s Dutch. Her family came over on the Mayflower.”

Artie met her May 14th outside a tanning salon near his gym, using an “I’m-looking-for-a-straight-shave” excuse to introduce himself. Robin said she’d met Adrian as well: “She’s beautiful and I really enjoy her.” Artie said he invited Adrian to a Yankees game for their first date but ended up taking her to an SNL afterparty instead: “At that point she knew who I was. Her boss at the tanning salon is a guy.” Howard speculated that Artie’s mother and sister would investigate (and possibly waterboard) Adrian to make sure she was a good girl, but Artie dismissed any rumors to the contrary. Robin agreed: “There’s a vast difference between this girl and the other girls.” Artie laughed: “She’s 25-years-old. She was born the year I got my first DUI.”

Artie revealed that he was titling a chapter of new book after Dana: “It’s gonna be a 10-page apology to her.” The chapter will end with a poem he’s written for Dana: “Dana, you were much too brilliant to be my bride I promised to be a good man but I baby lied But like the Stones said, ‘Angel, they can’t say we never tried.'” After hearing the poem, Gary joked that it should end: “And now, like a big homo, I have to cry.” Later, Artie read a poem he wrote for Adrian: “You’re so beautiful all my friends will rave Thank god I pretended I needed a shave.”