Dave Attell Wants His Money Back

Dave Attell Wants His Money Back 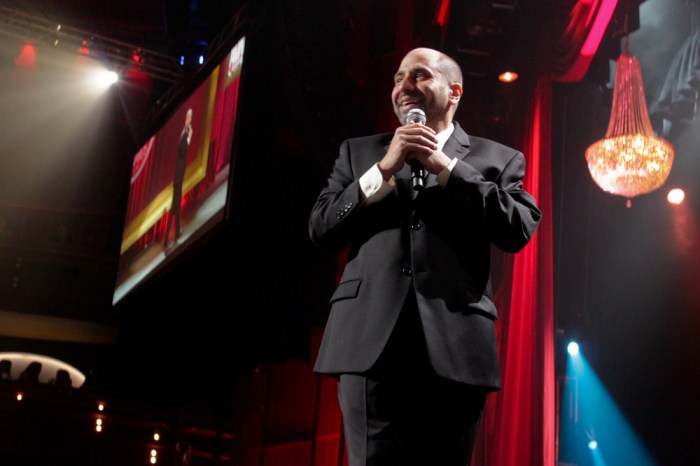 Dave Attell stopped by to promote some upcoming shows at Caroline’s and told Howard he had a bone to pick with Sam Simon. He appeared on Sam’s new poker TV show and ended up owing him—not a charity—money.

Howard asked Sam back into the studio and told him it was weird to charge the stars he was using to launch the show: “It is a weird thing to [have them] leave owing you thousands of dollars.”

Sam replied, “Let’s assume you think it’s about charity. Wouldn’t you ask some questions like, ‘What’s the charity?'”

He also tugs it in the shower: “And that’s kinda weird because I have a shower curtain with all the presidents on it. And when the water hits it, it looks like they’re crying.”