Howard commended Sal & Richard for managing to make out in the background of yet another live news report. Sal claimed they didn’t go too far: “It came close. There was no tongue. But I could feel the heat coming off Richard’s mouth on my mouth.” Sal added: “There were two cops behind us. The looks on their face were like we’re being children…one of them was like, ‘Richard! Sal! Stop! Stop! My lieutenant can see this.'” Richard laughed: “I stuck my tongue out but Sal turned his face so I licked his face.”

Sal is Listening to His Wife 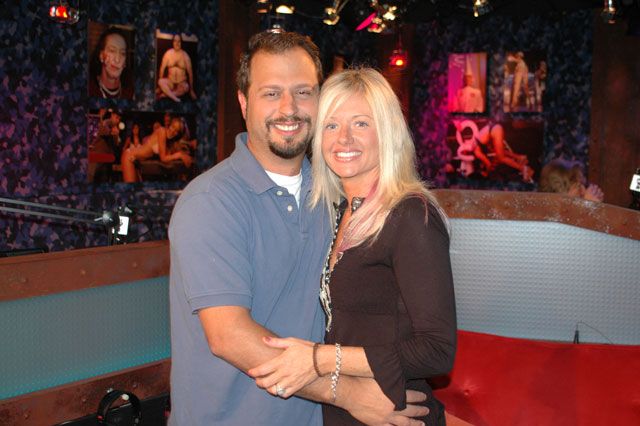 Since he was in the studio Howard asked Sal how his marriage was doing, and Sal actually had good news: “You know it’s going pretty good. We’re seeing a therapist now and that’s working out.” Sal added that he’s making more of an effort to listen to Christine: “She tells me about the conversations she has with her friends.” Sal also confessed that Christine had gone back to the hairstyle she wore during the “emotional friend” days: “She recently dyed a streak of her hair pink again and I got upset. I got emotionally upset.” Sal said he teared up when he saw she’d gone back to the pink hair, but when Christine saw his reaction, she began crying as well, proving they’ve come a long way since their early therapy sessions – when Christine would laugh whenever Sal cried: “[Previously] I was crying and she was laughing.”