Howard on the Future of Satellite Radio 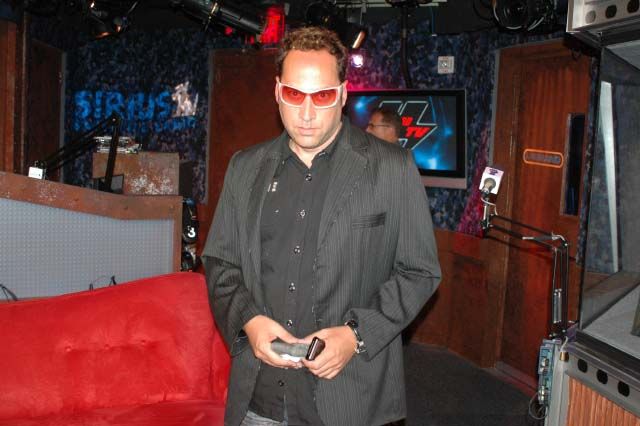 Ian Halperin stopped by to promote his new book, ‘Unmasked: The Final Years of Michael Jackson’ and told the crew how he had originally set out to prove Michael was a pedophile – but ended up without a shred of proof, and, therefore, was convinced he actually was not a child molester. Howard asked why Michael settled with Jordan Chandler, the first child to accuse him of molestation, and Ian explained that it wasn’t Michael that settled. The agreement was made by a “nervous” insurance company. Ian then blamed Arnold Klein, Michael’s lawyer, as the “ringleader” behind Michael’s recent downfall. Ian also cited both Alpha-1 lung disease and a long bout with anorexia as contributing to Michael’s declining health and, eventually, the heart attack that killed him. Howard asked if Michael was a closeted homosexual, and Ian confirmed it, saying Michael’s marriage to Lisa Marie Presley was set up by the Church of Scientology. Howard asked why Lisa Marie would put herself through a loveless marriage for Scientology, so Ian shrugged: “Look at Tom Cruise.”

Jacko was a Bottom?

Ian claimed he found 8 men who’d actually had affairs with Michael, but was only able to get concrete evidence from three of them. Ian said there was a pattern to Michael’s affairs: Michael would disguise himself as a woman to meet his lovers, with whom he was a consummate bottom, and force them all to sign confidentiality agreements. Ian said Michael would also perform oral on his lovers, frequently telling them: “The King of Pop is sucking your lollipop.” Ian said Michael’s own family knew about the affairs: “Katherine Jackson once called Michael a f*g.” Ian said Michael even fell in love with some of the men, like one who was an actor (“Michael liked men from 18 to 23 or 24-years-old. That was his demographic.”), leading Artie to joke: “Is it true he slept with a lot the Mets?” Ian laughed that off, but did confirm rumors about Michael owning and wearing Nazi “garb around the house and sleeping in a hyperbaric chamber.

Howard repeated that he was never a fan of Michael Jackson’s music, which Ian had a hard time believing: “You’ve never danced at a wedding?” Howard said no and cited the Black Eyed Peas, “Boom Boom Pow,” as his current go-to favorite. Ian had Fred put on some music and showed Howard how to dance to Michael’s songs. Howard tried to emulate Ian’s moves, but the result didn’t work. Artie was appropriately disturbed by the pair’s attempt: “That’s the creepiest thing I’ve ever seen.”