Author calls in to the Stern Show to discuss his book 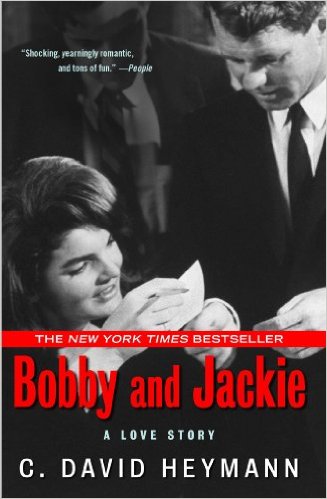 C. David Heymann called in to promote his new book, “Bobby & Jackie: A Love Story,” about the affair Robert F. Kennedy and Jackie Kennedy allegedly had after his brother John F. Kennedy’s death. “The inner sanctum of the Kennedys were all aware of it,” he said.

David claimed RFK was once even seen hooking up with Jackie in the garden of the Kennedy compound in Palm Beach – and was the one who masterminded her marriage to JFK. “It was his idea that JFK marry Jackie in the first place. He recognized, you know, that her beauty, her education, her bearing, etcetera would elevate the Kennedy family from the back political pages of the paper to the society pages,” he said.

Robin and Howard thought it was unbelievable how many of the Kennedys’ private affairs went unnoticed and David agreed: “It shouldn’t have been called Camelot but Came-a-lot.” David added that the Secret Service log files of JFK’s visitors would really blow some minds. “Women were just coming and going…Jackie said, ‘You know, all Kennedy men are like that. It doesn’t mean a thing,'” Heymann said.