King of All Blacks is Fertile 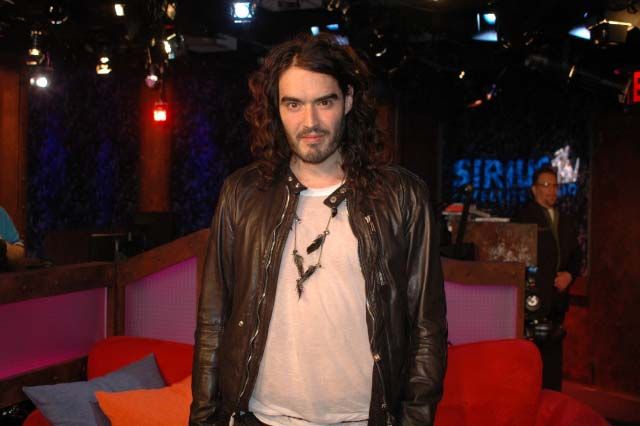 Russell Brand called in from the set of the “Forgetting Sarah Marshall” sequel/spin-off he was filming and asked listeners to come to Rockefeller Center on Sunday at 3pm to be crowd extras in a big faux-“Today Show” scene. Russell said he would soon be starring in “Arthur” and “Drop Dead Fred” remakes as well and was releasing a second book – but wasn’t too big a star to bang Robin, claiming he’d give her a jump if she showed up on Sunday.

Howard asked Russell if it was true he’d turned down Lindsay Lohan’s advances and banged Hugh Heffner’s former girlfriend, Holly Madison, but Russell denied both. He said he would never turn down Lindsay Lohan (or any other female human being), nor did he have sex with Holly – although he did have a “very pleasant” meeting with her.

Russell then thanked Howard for breaking up the tedium of his day, explaining that he was waiting around to film at JFK airport, and signed off.

Scott DePace is Not Father of the Year