Multi-talented entertainer stops by to promote her album, "The Redemption" 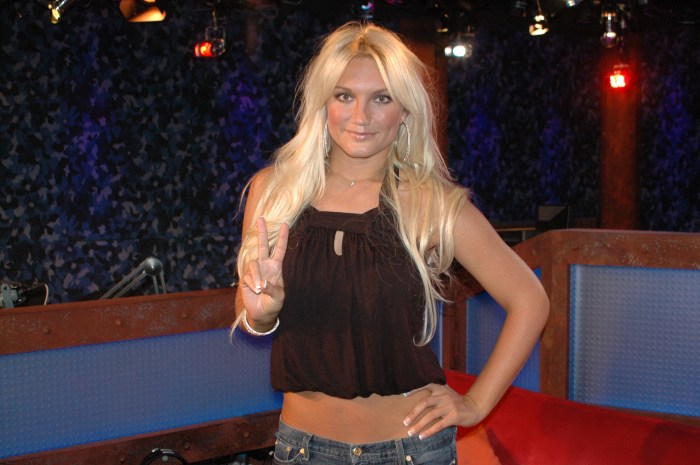 Brooke Hogan stopped by to promote her album, “The Redemption,” and Howard thanked her for making headlines the last time she appeared on the show.

Brooke said she now had no problem talking about her fake boobs. “My dad never wanted me to get my boobs done. I paid for ’em.” Brooke explained: “I just didn’t like the shape of them … the doctor who did it gave me a break on it.”

Brooke also empathized with Robin Quivers’s G-cups. “I have back pain from carrying these suckers around,” she said.

Brooke introduced her boyfriend, Stacks, and reported that they were in love. Stacks confirmed it, saying they’ve been seeing each other every day and have been together for about three years ,off-and-on.

Brooke laughed that Stacks was only the second guy she’d had sex with, and much better than the first: “Way better.”

Brooke in the Bedroom 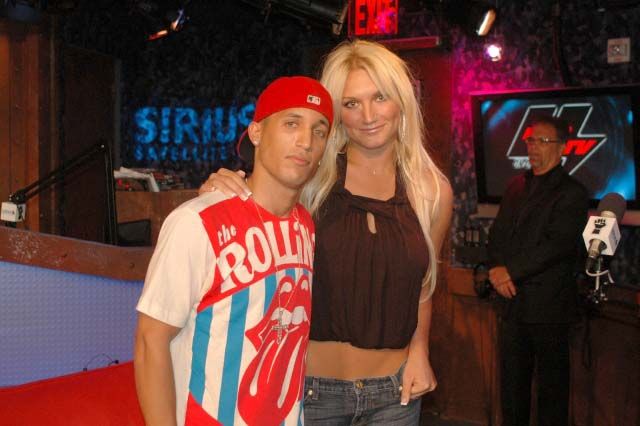 Brooke said she held out on Stacks for a few months before having sex with him and their relationship began in secret, with rendezvous in Stacks car by his music studio. During these chaste months, the couple only made out.

Brooke also claimed Stacks gave her an orgasm the very first time they had sex. “He’s great,” she said. “He knew he had to just give it to me.”

Howard asked Stacks how he did it and Stacks just shrugged: “You just focus, you know what I’m saying?”

Brooke spoke about her mom’s attempts to rebuild their relationship after her parents’ divorce. “She’s tried to talk to me a couple times and it’s kinda weird,” she said. “She was like, ‘You know what I think we should do? I think we should just tell the press and everybody we’re okay.’ And I was like, ‘That makes us not okay.’ Because now it’s the press again.”

Brooke confirmed that her mom was still in a relationship with her 19-year-old boyfriend, Charlie. “They’re moving to L.A. together,” she said. “It’s just weird.”