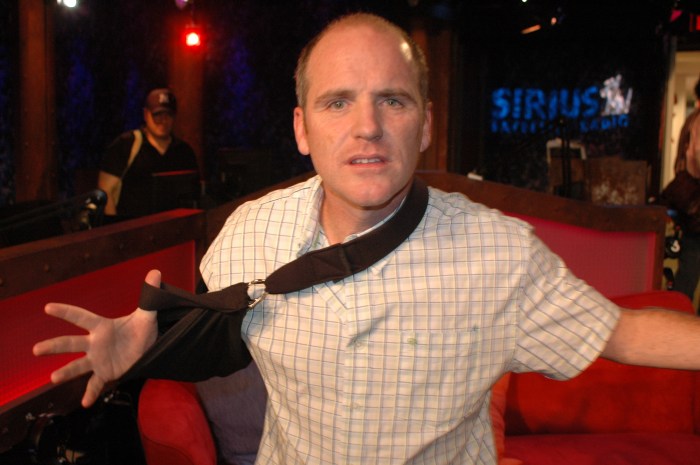 Greg Fitzsimmons was in town and stopped by to say hi. Greg told the crew his anger was really getting out of control–he recently snapped at a parking garage that tried to charge him full price for a five minute stay: “I got the wooden gate and I ripped it off…broke it in half and threw it on the ground.”

Greg sourced his anger to his father: “It was all open-handed shots to the head.” Greg said it was now a control issue: “Sometimes I just go white. When I get angry, I go white.” Greg later insisted he rarely laid his hands on anyone: “I’m a very sane guy in a crazy world. And sometimes when I see shit that doesn’t make sense to me, it enrages me.”