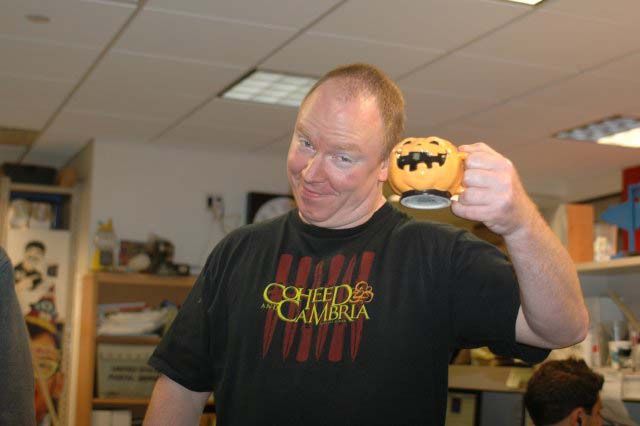 Howard played a clip of the spooky Halloween tape Richard Christy listens to every night as he goes to sleep. There was an odd voiceover telling a scary story, so Howard wondered: “It’s the same one every night? You’d have to be retarded to listen to the same story every night.”

Richard came in to say he knew every line but had to mix down a couple of the loud sections: “There’s screaming parts on there that would scare the shit out of us.”