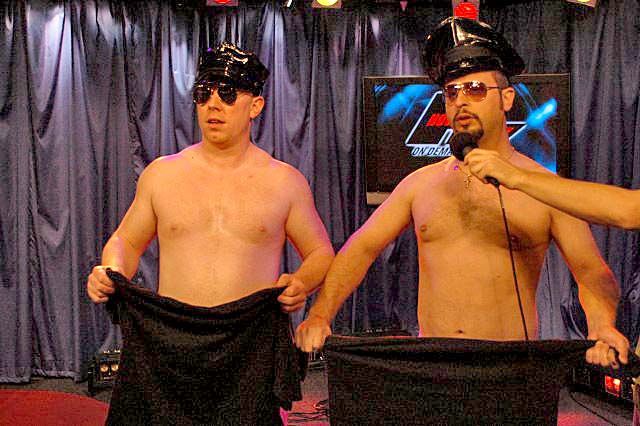 Howard said Richard contacted him over the break to pitch a new bit (inspired by a very homo-erotic dream) in which Howard, Artie and Fred compete to see how fast they can undress Richard, Sal and Benjy. Howard was so horrified by the idea that he thought the show might have to go through with it.

Artie refused: “You know what I’m going to do? I’m going to bring in a gun and say ‘Get undressed.'” Howard joked that Richard should just cut to the chase and see if he could beat off three guys at once, so Richard laughed: “If there’s 3 guys, the one in the middle’s gonna come fastest cause I’d have to blow him.” The crew then wondered if Richard really would blow anyone, and Richard confessed: “When comes down to it, I probably would blow Howard because it would be such a big deal. It would make the news.”