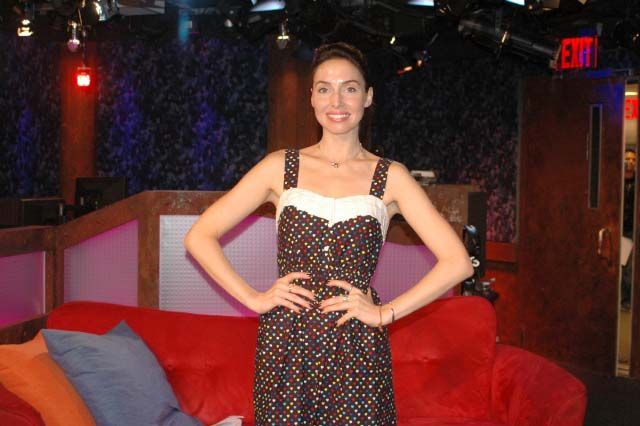 Whitney Cummings stopped by to promote her upcoming stand-up gigs and Howard complimented her on her bit about Facebook. Whitney laughed that the social networking site’s “status updates” were useless: “It’s embarrassing. Who cares? If you wouldn’t say it during a phone conversation, don’t write it out.”

“I don’t know who I have to blow to get this thing to go … I just want validation so badly, I’d blow a random stranger,” she joked.

Whitney hoped said stranger wouldn’t be shaven, though, as she rarely finds the look flattering. “I just can’t figure out why all balls look like they’re a hundred years old,” she explained.