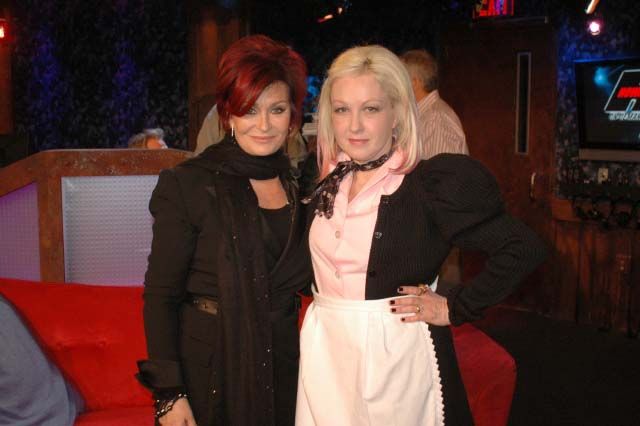 Sharon Osbourne and Cyndi Lauper stopped by to promote a charity organization they were involved with but refused to name it for some reason. Howard asked about Sharon crying during Kelly Osbourne’s appearance on “Dancing With the Stars,” and Cyndi – not Sharon – began crying, explaining: “[Sharon] got to see her daughter on TV.” Howard wondered if Ozzy had been smoking a lot of weed when his family taped “The Osbournes,” but Sharon just laughed: “Weed? Are you joking? What about the 47 pills and the booze?”

At some point during the interview, Cyndi walked out to use the bathroom: “I’ll be right back.”

In her absence, Sharon held court on David Hasselhoff’s sobriety, telling Howard, “When I see David, he’s clean, sober, fabulous.” She also discussed some past lesbian experiences, saying, “I’ve kissed a woman, but I’m not a carpet muncher.”