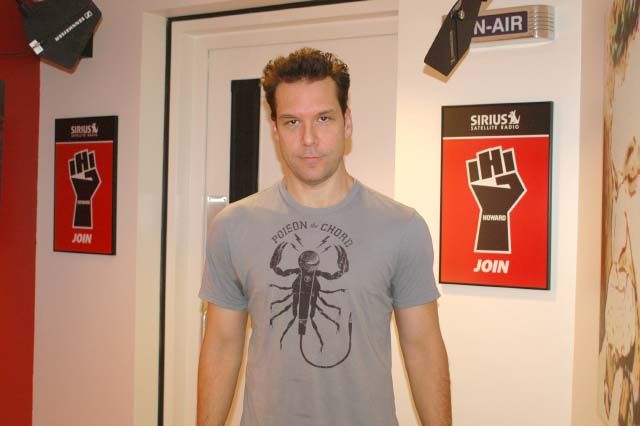 Asked about his celebrity hook-ups, Dane wouldn’t admit to banging Jessica Simpson: “[There were] little dalliances here and there…that was just kinda hanging out.” And denied bedding Kate Hudson: “She had a boyfriend at the time.” Dane said the years between his 22nd and 26th birthdays were “legendary for me,” as he got to bang a lot of C-list celebrities (“Like Soleil Moon Frye’s assistant-level.”), including Nicole Scherzinger, lead singer of the Pussycat Dolls: “Nobody knew for about 7 or 8 months.”

Howard asked: “What happened there?” And Dane laughed: “What doesn’t?” Dane said he liked Nicole a lot but “she was really very driven and you can’t be with that for a very long time.”

Dane is Sober and Great at Phone Sex

Howard asked Dane if his half-brother had really managed to embezzle (a reported) $11 million from him, and Dane shrugged: “It’s dancing around that number…it was incredibly painful.”

Dane later confirmed that he he’d never done drugs – or had a sip of alcohol: “I’m real competitive with myself. If I did coke, I’d have to be the most coked guy in the room.”

Dane said he also traveled a lot, so he and his girlfriend, Costa Rican singer Raquel Houghton, had to keep things going with phone sex: “She’s good at it. But I think I’m better.”