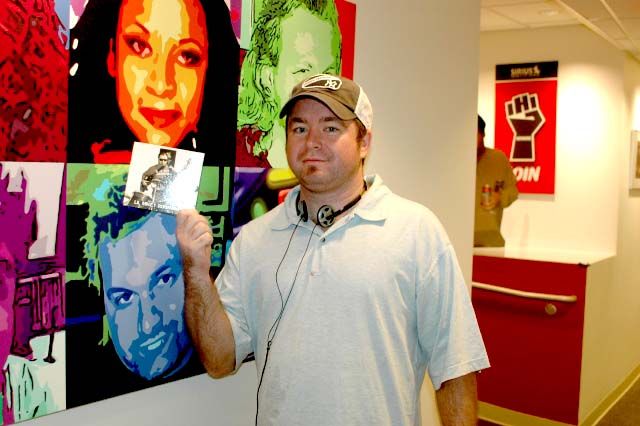 Howard got ‘Little Mikey’ on the line to discuss his prolific output of Robin parody songs and asked him about his most recent, which is to the tune of Toto’s ‘Africa.’ Mikey said he was inspired “because [Robin] was going on vacation to Africa one time.”

Mikey continued to display his subdued personality, telling the crew he lived with his aunt and uncle in New York: “I just got a job.” Mikey said his aunt and uncle aren’t fans of profanity, so he has to wait until they leave the house to record his Robin-themed parodies.

$395-Worth of Comedy Training

Mikey noted that he recently took a six-week comedy class at Caroline’s, leading Artie to laugh (“I wanna know who taught you.”) and ask how much he paid. Mikey said he shelled out $395. Artie just kept laughing. Howard joked: “One show and he’ll recoup all that money.” Mikey pressed on, plugging Tuesday’s release of his original song, ‘She Gave Me Blue Balls for Christmas.’