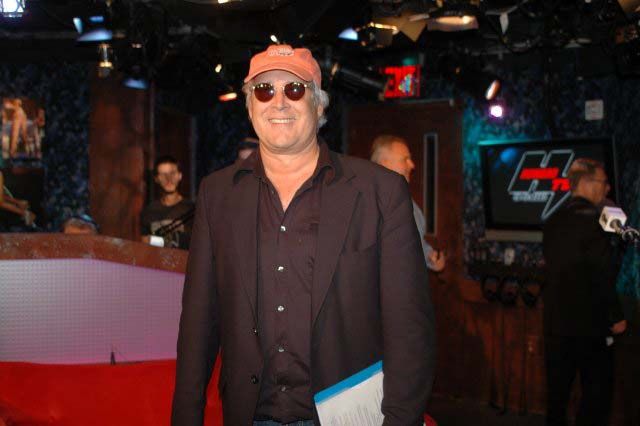 Chevy Chase called in to promote his Green School fundraising auction on CharityBuzz.com and said he was on ‘hiatus’ from NBC’s “Community” and it was a welcome break from the show’s 15-hour-long days.

“It’s an ensemble piece,” he said. “You’ve gotta be available for every shot.”

Chevy said he returned to New York during the show’s breaks, as he’s not a fan of L.A. “I don’t really ‘hang out’ at all,” he added.

Chevy went on to say he was happy at the show’s moderate success. “It’s not a huge success. It’s about as successful as NBC is,” he said.

Give Leno a Soap Opera

Howard asked what Chevy thought of NBC’s decision to give Jay Leno a primetime show, and Chevy shrugged: “I don’t know what to say about that other than I was never a big Jay Leno fan one way or another…they should settle with Jay. It wasn’t good for Conan.”

Chevy later added that NBC should make their choice and stick to it: “Keep Conan and give Jay a soap opera or something.”

Howard kept at it, and Chevy kept rolling. “I don’t think he’s funny the way Johnny was or the other guys are,” he said, later adding, “He’s not getting ratings…it hurts the network.”

“How do you do that to Conan O’Brien?” he continued. “How can we know how well Conan would do without Jay at 10?”