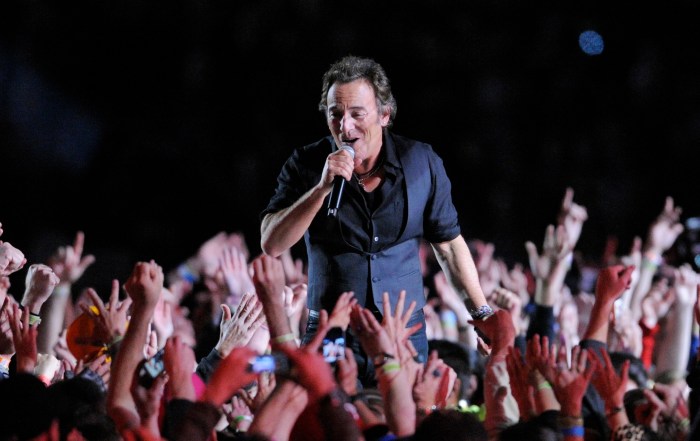 Howard said he went to an autism charity benefit concert last night and enjoyed Bruce Springsteen’s short-but-sweet acoustic set: “I’ve become a very big Bruce Springsteen fan…people should hear this.” Howard added that the rest of the evening didn’t go so well, citing “some yenta” who claimed he was blocking the press line and yelled at him: “I have to get my talent out! You have to get out of here!”

Howard laughed that Mel Karmazin–who’d invited Howard to the event–overheard the yenta’s yelling and later joked: “I’m not gonna listen to the radio tomorrow.” Robin refused to believe that the woman would be so rude, so Howard got Beth on the line to confirm his story. Beth reported: “Robin, my stomach was in knots for three hours–the whole time with Howard. Never again on a school night.”

Beth repeated her desire to avoid a repeat performance (“Never again.”) and Howard agreed, complaining that the evening had exhausted him to the point where he forgot to christen their newly-remodeled bedroom. Beth snapped: “Well, I wanted to.” Howard laughed that he thought about banging Beth all night–but fell asleep as soon as they got home: “No romance there last night.”