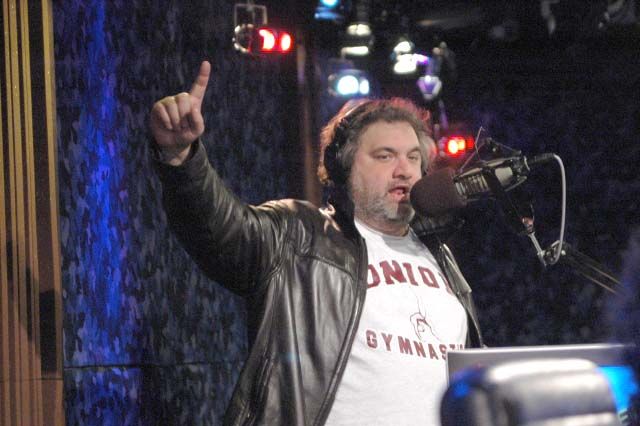 Howard asked Artie how long he’d been with his girlfriend, so Artie reported he’d been with Adrian for quite a while now: “It’s been six months.” Howard wondered if they’d gone so far was to cohabitate, and Artie laughed that, while she doesn’t spend all her time with him, she does stay with him a lot: “Oh yeah…at my apartment and my house down the shore as well.”

Robin asked if she had a drawer, leading Artie to joke that Adrian had all of them: “A drawer? I don’t have a drawer!” Howard was surprised at Adrian’s quick work: “She’s gotten farther in 6 months than Dana did in years.” Artie disagreed, citing Dana’s dog, which often stayed at his house even though he hated it. Artie added that he was a lucky man to have Adrian: “Sometimes I’ll say to her, ‘Why are you still here?'” Asked what his sister thinks of Adrian, Artie claimed Stacy had given her approval: “She thinks she’s young, you know…but she likes her a lot.” Howard thought Adrian would be around for a while: “Stacey is the key.” Fred didn’t agree, saying he didn’t think Adrian was “the one” for Artie.