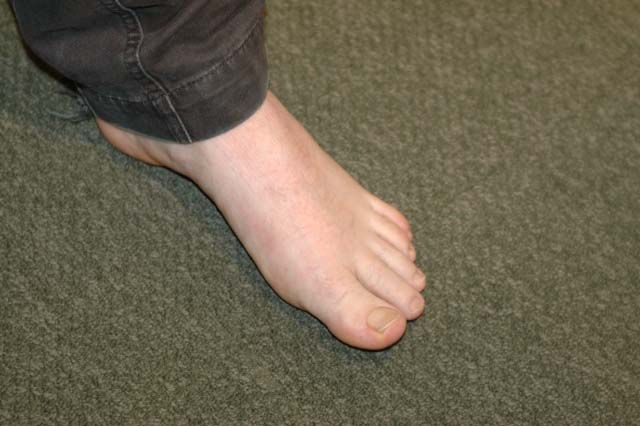 Richard Christy came in to tell the crew about his gluttonous weekend, but the crew took notice of his odd gait before he could even say a word.

Richard explained: “I think I might have gout from eating a lot of junk this weekend. My left foot swelled up huge. It actually won’t fit my shoe.” Howard listed common causes of gout – all were Richard’s self-acknowledged vices – and Richard added one more: “I ate a whole ham this weekend.”