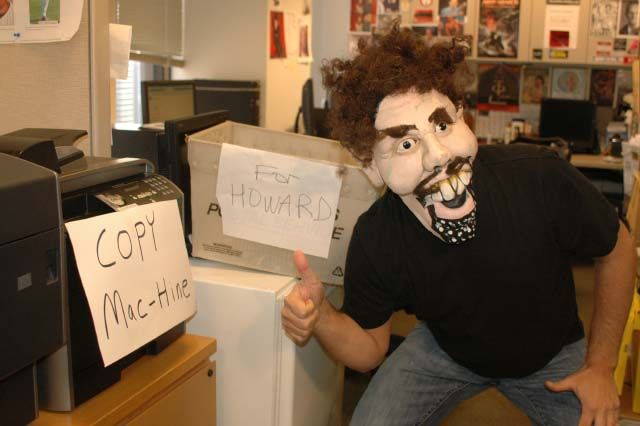 Howard complained that Gary was not doing a very good job screening his mail lately. He explained that Gary was supposed to give him copies of the mail people sent him and not the originals, but for some reason he had forwarded on a Christmas card from Jeff the Drunk and a moldy old issue of Mad Magazine another listener had sent in.

Gary argued that he wasn’t the person who copied the mail to give Howard so he wasn’t the one to blame, but Howard countered that Gary was responsible for the entire process and, therefore, was being blamed. Howard and Gary went back and forth for a while trying to figure out what originals should be forwarded and what should be copied (a letter from Jimmy Kimmel – forward, a letter from Mariann from Brooklyn – copy) until Howard gave up and instructed Gary just to send copies of everything. Adding that he should also keep the originals of anything he thinks Howard might want in case Howard tells him to send it along.

Jeff the Drunk then called in to complain that he was just trying to do something nice by sending Howard a Christmas card, so Howard apologized that he was just using his card as an example – but then instructed Gary to send him a copy of the copy of anything Jeff sends in.