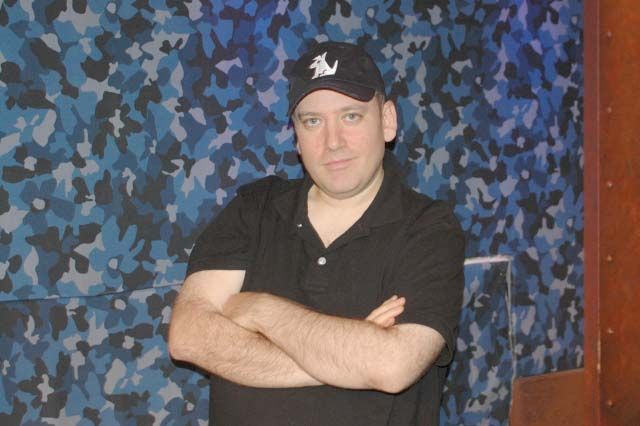 Howard said he was looking forward to the holiday party, but he wasn’t excited by Benjy’s decision to bring a ‘disruptive’ guest. Howard didn’t name the guest, only offering two clues: (1) she’d previously been a guest on the show and (2) her behavior was erratic.

Benjy insisted the girl wasn’t a fan of the show and was only interested in him – they’ve been dating since October. Howard replied: “Don’t bring one of your lunatics. That’s all I’m saying.”

Ralph called in to say Benjy should just come alone: “You can’t even say her name!” Howard explained: “Benjy has a problem. A deep-seated problem.”

Howard played a clip from yesterday’s Wrap-Up Show of Benjy saying no one should ever invite him anywhere without allowing him to bring a plus-one – and then declared that Benjy should bring his date as planned. (Later, on the Wrap-Up Show, it was revealed that Benjy’s date was Sarah from the World’s Strongest Naked Woman contest.)