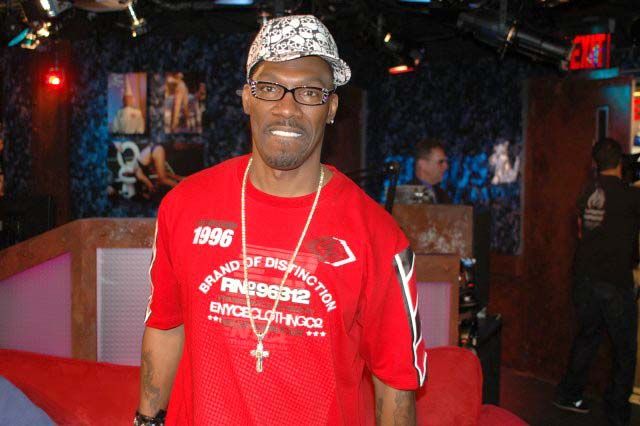 Charlie Murphy stopped by to promote his new book, ‘The Making of a Stand-Up Guy,’ and told the crew not to take issue with his fur coat: “You guys know I’m wearing mink but I’m only wearing it because it’s cold outside.”

Charlie said the fur-free movement was for white people: “That doesn’t apply to black people…I don’t justify it. I wear my coat.”

Charlie laughed: “I’m also supporting Frank Perdu – who kills the chickens that I fry up every Thursday.”

Charlie went on to tell Howard that his wife died from cervical cancer just last month, leaving him with two young children: “It’s not been easy but it’s not been un-doable.”

Howard wondered how Charlie still went on the road to do stand-up and promote his book, so Charlie explained: “I can still do it but I have to reconfigure my home life. I have a live-in nanny now…if there’s a bright side to it, that’s the bright side of it – that she’s no longer suffering.”

Growing up With Eddie

Howard asked if Charlie had ever fought with his brother, and Charlie said they’d once feuded over trivial family drama and stopped talking for 3 years, blaming the whole thing on “stiff-necked ignorance…that totally had nothing to do with what the argument was.”

Charlie also said he was more of a ladies’ man than Eddie back in high school: “He was married to comedy back then. I was married to no one…he had a good example of what not to do.”