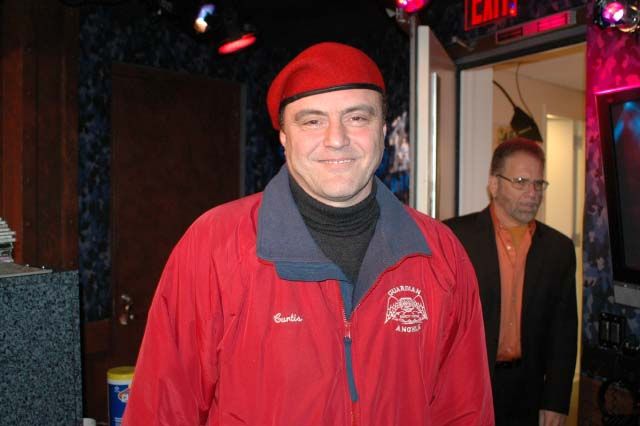 Curtis Sliwa stopped by to promote his new morning AM radio show and told how he started the Guardian Angels back when he was a night manager at “Mickey Ds” in the Bronx.

He’d have to take the 4 train home from work to Brooklyn at 3am – a train frequented by pick-pockets and muggers – riding with his McDonalds uniform on and NYPost in his hand: “They’d see me because I’d sit in the back car [with them] on purpose.”

Curtis said he’d been arrested 76 times since starting to fight back – until 1993, when Mayor Giuliani exempted the Guardian Angels from police ‘static.’ The group’s since grown to include 5,000 members.

In addition to his 76 arrests, Curtis said he’d been shot in his groin, leaving him nearly-impotent: “Sometimes it does [work]. Sometimes it doesn’t. Depends on how angry I am…let’s put it this way: the angle is not at the proper dangle. Just sitting on the porcelain throne. Just doing what most of us normally do is excruciatingly painful.”