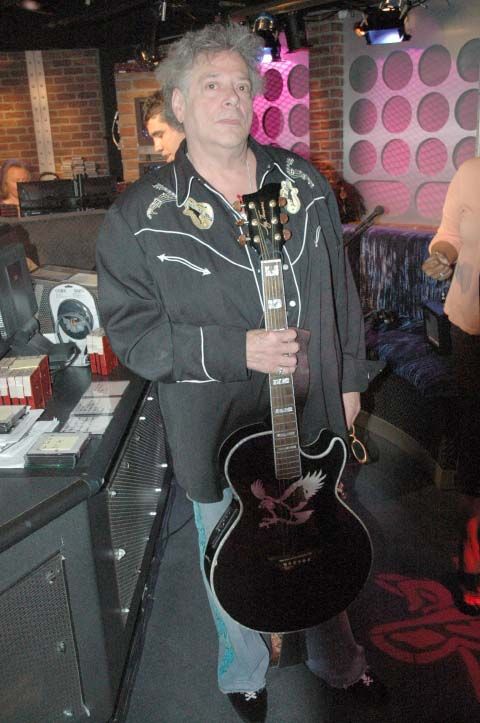 Leslie announced that he had a bone to pick with Robin.

Howard was intrigued and asked him to elaborate.

Leslie explained that he had not only donated one of his guitars for Robin’s Eretria fundraiser but he also drove all the way into the city to sign the guitar on the night of the event – and then never heard from anyone again, no thank you, nothing.

Robin was chagrined and apologized, saying that, because Girls Night Out was such a loosely knit group, there was no formal organization to support her and help her with such tasks as writing thank you notes.